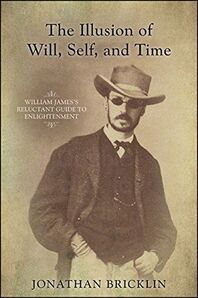 "A Book That Will Endure For Years To Come" -- 2016 Chicago Seminary Co-op Bookstore Notable Book Award
"We are taken step by step in a stunning tour of many powerful yet still disputed ideas...that bring age-old controversies into relation with findings in modern physics and psychology."  --Jason W. Brown, Clinical Professor of Psychology, New York University

"Despite all the interest in James the scholar and James the man, there remains an absence of highly readable books that bring some of the most colorful aspects of James' own thought, along with his somewhat mercurial personal character, to the modern reader. Bricklin's book does remarkable service in this vein, collecting many aspects of James' thought around the general theme of free will, a question that James struggled with his whole life, and which penetrated many dimensions of his thought."  --Allan Combs, Director of the Center for Consciousness Studies at The California Institute of Integral Studies, and author of Consciousness Explained Better

"Bricklin's coverage is...vast, including eastern as well western thinking....with persistence one may encounter in it some of the deepest problems in philosophical psychology."  --John Poynton, President of the Society for Psychical Research 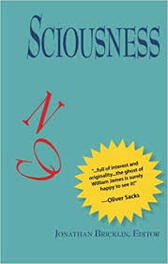 "..full of interest and originality...the ghost of William James is surely happy to see it!" Oliver Sacks, MD
"This collection is delightful. It brings together important texts from the later life of William James, some of which are not very known, even in academic circles. Jonathan Bricklin's discussion of James is insightful, erudite and illuminating." --Benny Shanon, Professor, Department of Psychology of the Hebrew University of Jerusalem, holder of the Mandel Chair in Cognition, and author of The Antipodes of the Mind

."Bricklin’s work--Sciousness--should also be widely read for its nondual offering from a Western thinker that runs counter to many assumptions about Western philosophy. I hope that many follow its suggestion and increase the number of studies exploring Buddhism and pragmatism together. Hopefully Bricklin has opened the floodgates." --Benjamin J. Chicka, Buddhist-Christian Studies (University of Hawaii)

"Most interesting and profitable..." --William Lyons, Former Head, Philosophy Department, Trinity College, Dublin, and author of The Disappearance of Introspection

“The last couple of years have seen a resurgence of interest in William James, one of modern psychology’s most widely respected pioneers....But nothing has quite highlighted the depth of his thought like Jonathan Bricklin’s Sciousness." --Craig Hamilton, What is Enlightenment? Magazine

"Jonathan Bricklin has constructed a definitive anthology that conveys completeness and unity in the presentation of William James's nondual expression. This work is driven by intellectual argument and...elevated by elements of charm and poetry which arise out of the anthology's design and the writings. Most importantly, this work is founded in Bricklin's understanding of what nonduality is....Sciousness is a superb anthology, the best possible book imaginable for the discovery of the nondual William James." --Jerry Katz, author of One: Essential Writings on Nonduality and creator of Nonduality.com